Both in the Treatise of Human Nature and in the Enquiry concerning Human Understanding, Hume defends that “there is no chance in the world”, and that “what the vulgar call chance is nothing but a secret and conceal’d cause”. This view plays a crucial role in Hume’s influential analysis of free will and moral responsibility. It functions also as a central presupposition in his discussion of miracles. However, Hume himself argued convincingly that the “maxim of causality”, according to which “whatever begins to exist, must have a cause of existence” cannot be established a priori, by either intuition or demonstration. He concludes, then, that such “opinion must necessarily arise from observation and experience”. In the present article I analyse this latter statement, showing, first, what was Hume detailed proposal for funding the principle of causality on experience. Given the apparent weakness of this proposal, I then speculate on what kind of firmer empirical foundation could, instead, have been given, in Hume’s time, to the principle of causality, namely, the indirect support offered by Newtonian mechanics. Finally, I show how this theoretical link between experience and the principle, and also Hume’s straightforward, inductive argument, were undermined by the inception of quantum physics, at the beginning of the 20th century. 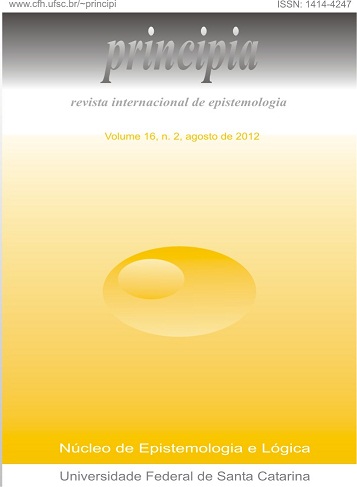