This paper posits an affiliation of the research areas "Translation" and "Translation and Interpretation of Sign Languages" (TILS) to the disciplinary field "Translation Studies" (TS,) which, from its establishment in the early seventies, has been in constant expansion in response to the diversity of investigation of languages and cultures in contact via translation, including those between different modalities as is the case with oral and sign languages. In this context, it first maps TS in both international and national contexts in order to show through a review of the more recent developments in the field how research in TILS has been accepted as a specific area in TS. At graduate level, this development is clear from the number of theses and dissertations defended at various graduate programs internationally. Final considerations reaffirm the idea of affiliating TILS professionals with TS, as this affiliation - far from blurring the boundaries of professional identity specificity - can contribute to its confirmation and to the empowerment and visibility of the TILS community. 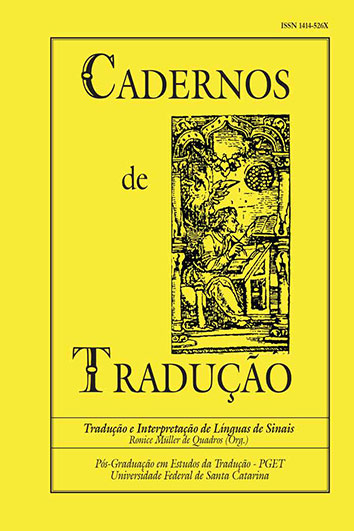